Ask retirees what their priorities are in retirement, and you’ll hear one message loud and clear: they care about their health. That led nearly two in three middle-income retirees ages 47 to 75 to say that good health is “extremely important” to a satisfying retirement, according to a survey from the Center for a Secure Retirement… read more

CLEVELAND — A city on the rise: a place where tech company entrepreneurs are planting and growing their businesses. Now, Forbes Magazine is asking if we could be the “Silicon Valley” of the Midwest. Boxcast, a Cleveland start-up tech company, has been growing here for two years. An example of why Forbes is saying the may be “America’s new hub for… read more

Destination Cleveland, the region’s tourism arm, released this week some strong evidence that the city’s deep feelings of insecurity and self-loathing may be waning. In a recent survey commissioned by the organization, 54 percent of Greater Clevelanders said they would recommend the city as a travel destination. And if that doesn’t seem like a high percentage… read more 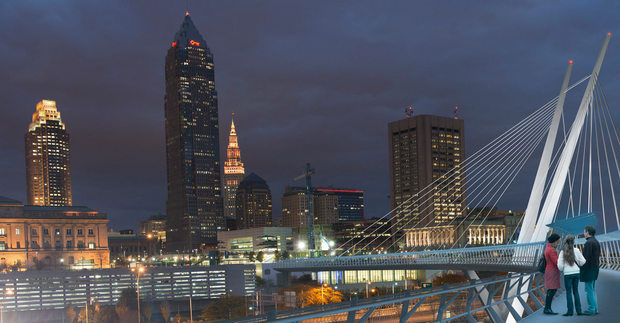 Cleveland City Council on Monday approved a cooperative agreement with Cuyahoga County to build a pedestrian and bicycle bridge connecting the Cleveland Convention Center to the lakefront. Supporters of the project say the 900-foot bridge will encourage development and tourism by making it easier for pedestrians to get from downtown to lakefront attractions, including… read more 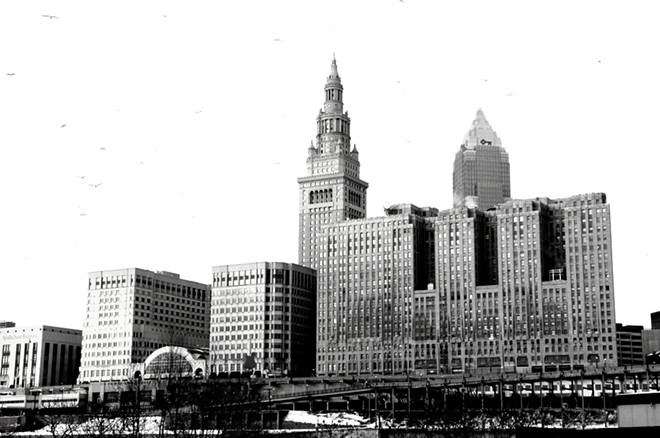 A comeback fueled by art, culture, and King James has ranked Cleveland #21 on New York Times list of places to go in 2015! A milelong stretch of Detroit Avenue is now the Gordon Square Arts District, the city’s newest creative hub. Waterfront warehouses are being transformed into restaurants and retail spaces. And the recent reopening of the Museum of Contemporary Art in a modern… read more 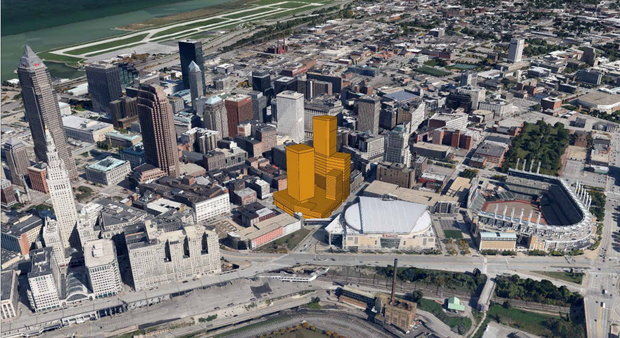 The nuCLEus project – whose name is a play on the idea of the central role it intends to play downtown – would be located primarily on two blocks sandwiched by Prospect Avenue and Huron Road, just north of the Q and east of East 4th Street.The residential portion of the project would also be eligible for the city’s property tax abatement for new housing. But Stark said nuCLEus… read more

Capping off a months-long, bipartisan lobbying effort, Cleveland has been selected to host of the 2016 Republican National Convention. Republican National Committee Chairman Reince Priebus announced Cleveland as the GOP’s recommended location on Fox News in a live, on-air interview. The GOP is considering June 28 and July 18 as possible dates for the convention… read more

The King has returned. In a move that sent shockwaves through the NBA, Lebron James announced that he will be returning to the Cleveland Cavaliers as a free agent. The four-time NBA MVP revealed his decision in an article published online by Sports Illustrated on Friday, ending his four-season stint with the Miami Heat. “My relationship with Northeast Ohio is bigger than basketball… read more

Ask any random bystander on the street and you’ll get a variety of answers about what they think of Cleveland. Some are good, and some are bad. We get it, we have a history. But in Cleveland, we think we have a lot to offer, and our city is on the rise in a lot of ways. Even Ronald Berkman, the president of one of Cleveland’s most prominent institutions of higher education… read more

About 77 percent of investors with at least $1 million in assets own real estate, according to a survey released today by the New York-based investment bank’s wealth-management unit. Direct ownership of residential and commercial properties was the No. 1 alternative-investment pick for 2014, with a third of millionaires surveyed saying they plan to buy this year…

Gogobot, a site where some 3.7 million travelers worldwide share recommendations, experiences, and photos for personalized trip planning, released its latest round of Travelers’ Favorites Awards and little ol’ Cleveland, OH is walking away with honors…

Prospective home-owners looking for a bargain should steer clear of California and Hawaii, according to a new Coldwell Banker report.The real estate firm recently ranked close to 2,000 markets across the country based on the average listing price of four-bedroom, two-bathroom homes. Even though California boasts both the number one spot (Malibu: $2.15 million) and 12 other spots in the top 25 most expensive markets, Hawaii is still the country’s… read more

Ford to invest nearly $200 million, add 450 jobs at Cleveland Engine Plant. United Auto Workers Local 1250 president Mike Gammella is now two for two. When he took the reins of the union in May 2008, Mr. Gammella said he wanted to get a four-cylinder engine into production at the Ford engine plant in Brook Park to replace other lost work… read more

Wall Street is convinced that your house is a better investment than you think. In the past six months, a number of investment firms, hedge funds, private equity partnerships and real estate investors have turned into ravenous buyers of single-family homes – and not just any homes… read more

The Cleveland Plain Dealer reports, an index tracking prices in the Cleveland-Elyria-Mentor area rose 2.4 percent from April to May — or 0.7 percent, when adjusted to account for the housing market’s seasonal swings… read more

As reported by Larry Arth, from howtobuyuserealestate.com, Cleveland low acquisition costs are able to provide returns as high as 15 and 20% cap rates. Cleveland is a great investment location for those seeking strong cash flow… read more

Crain’s Cleveland Business, Stan Bullard writes, statistics from the Ohio Association of Realtors show home sales in the region climbed 8.4% last month over levels of June 2011, to 3,609 properties from 3,329 a year ago. On a year-to-date basis, Northeast Ohio home sales are up 16.9%, to 16,815 through June compared with 14,388 in last year’s like period… read more

Cleveland rates a mention in a story from The Economist that highlights a conundrum: America’s rampant health spending threatens its economic future, but it also supports tens of millions of jobs. In 2011 America spent $2.7 trillion on health, equal to 17.9% of GDP. The government paid for nearly half of this. As public health spending continues to grow, it threatens to widen America’s deficit and eclipse other public programmes, such as infrastructure and education. Nearly every politician, regardless of party, agrees that this is dangerous… read more

Alexander Mann recently signed a short-term lease at the Tower at Erieview in downtown Cleveland. Now the company is planning its Cleveland operations center, serving North and South America. That center could employ 300 people and generate $12.9 million a year in new payroll within three years… read more

Michelle Jarobe McFee of the Cleveland Plain Dealer reports on, a suburban developer making a major play on downtown Cleveland’s lakefront, where an office park could rise on 20 acres of city-owned property south and west of Burke Lakefront Airport… read more

Crain’s Cleveland Business reports, for the second month in a row, job openings increased in all 50 of the major metros. Grand Rapids, at 9%, and the Cleveland/Akron and Salt Lake City metros, both at 8%, experienced the largest increases in job openings… read more

As reported by Larry Arth, from howtobuyuserealestate.com, Northeast Ohio economy has consistently grown and outpaced the national average for job growth. From its tax reform, to its booming BioMedical industry, Cleveland is creating long term growth through sustainable job creation…

As reported by Michelle Jarboe McFee, from the Cleveland Plain Dealer, Cleveland International Fund gets nod from regulators for an ownership change which will allow the company to continue to help infuse investment capital from foreign investors… read more

AnnaMaria Andriotis, from SmartMoney.com reports, the jobs picture could also be getting better. Unemployment was 6.9% in November, compared to 7.1% the month prior and 8.6% in November 2010, according to the Bureau of Labor and Statistics….